In the first half of the year we experienced a slowing in the market on the back of the slowing Sydney and Melbourne markets, the effects of the Banking Royal Commission and the lead up to the federal election in May. Agents have reported that the result of the federal election has had a significant positive effect on the market. The election result combined with the recently reported improvements in Sydney and Melbourne markets and passing effects of the Banking Royal Commission have seen increases in both enquiry and sale volumes. 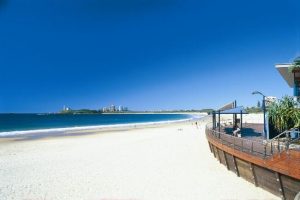 Melbourne. With the low Aussie dollar, international buyers have come onto the scene. This is especially the case in the Noosa region. The relative affordability when you compare Sydney and Melbourne prices to those of the Sunshine Coast demonstrates pretty good value. It also appears that the Sunshine Coast is pretty high on a number of the lists of the baby boomers who have started to retire.

An indication of the improvement in the prestige market is that in 2007, the highest sale on the Sunshine Coast was $8 million. Since 2017, there have been a number of sales beating previous records, with the highest sale in this cycle being $18 million at 23 Webb Road, Sunshine Beach in 2018.

The Noosa area is still the region on the Coast that experiences most of the activity. The central and southern Sunshine Coast waterfront markets haven’t reached the same levels as the Noosa markets but there are still some good prices being achieved. For units, the larger permanent occupancy style product remains most popular. In the prestige rural residential market still sought after. Overall, the prestige market has been pretty good. The question is, how long will it last?

Love reading up on property news? Signup to our newsletter for the latest news